What is the Mar Menor?

Why have all the alarms been triggered?

For years, this lagoon, traditionally of crystalline waters, has been affected by crises derived from human activity, especially by the abuse of chemical fertilizers in the agriculture of the lands near its basin and that come to flow into the lagoon, producing a great environmental catastrophe that puts at risk the survival of the elements of this ecosystem.

In this regard, particularly serious were the events that occurred from 2016 when, due to several episodes of heavy rains or “danas”, there was a large drag of chemical fertilizers directly to the Mar Menor from agriculture. This caused a large proliferation of green algae in the lagoon and the death of fish due to decreased oxygen content in the water.

The crisis was so serious that it led to a popular uprising and the creation of platforms such as “SOS Mar Menor” or “Pacto por el Mar Menor”.

What is the solution provided by Law 19/2022 to the crisis in the Mar Menor?

As a result of popular reaction and awareness of the importance of caring for this beautiful ecosystem, in October 2022 a law came into force that aims to recognize the legal personality of the Mar Menor lagoon and its basin, is the Law 19/2022.

This law grants legal personality to the ecosystem formed by the Mar Menor lagoon, its basin and the aquifers as a whole, recognising the Mar Menor as a subject entitled to rights such as protection, conservation, maintenance and, where appropriate, restoration by the governments and the coastal inhabitants. In addition to the “right to exist as an ecosystem and to evolve naturally”.

Through which bodies does the Mar Menor exercise these rights?

For the exercise of these rights, the governance and representation of the Mar Menor and its account is given to three committees:

As a result of this law, the Mar Menor can now enforce the rights and prohibitions recognised in the law before the Courts and the Public Administration through its representatives, who will be able to bring litigation against any type of public or private activity that may harm the ecosystem of the Mar Menor lagoon. It will also be entitled to access documentation on the projects to be carried out in the area, to request their modification or even their cancellation.

Previous PostThis Christmas, disqualification for Spanish courts and tribunals with the reform of the judiciaryNext PostDo you know what are the warranties for a new-build property?
0Shares 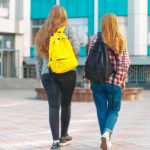