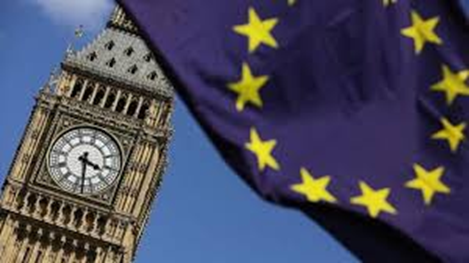 After the last debate in Westminster, the process has now entered in such a technical and complicated phase that even the British do not know where their own rupture lies.

British Prime Minister Boris Johnson will try to call early general elections in the United Kingdom if the European Union (EU) agrees to extend the brexit until next January.

But, the exact duration of the extension will continue to be discussed in the coming days, as the ambassadors are scheduled to meet again on Friday to discuss this issue.

The conservative leader managed to get Parliament’s preliminary backing in the House of Commons on Tuesday for his consensual agreement with Brussels for the exit from the EU bloc, although he temporarily suspended the procedure because he could not approve it by an urgent procedure.

Despite having the support of the terms of Johnson’s agreement, the deputies refused to process in just three days the law that implements them; it is a 110-page document that the Executive made public on Monday night.

Now, EU leaders must assess whether to extend the brexit beyond 31 October, as requested by Johnson, bound by legislation, in a letter sent to Brussels last Saturday.

However, despite that letter, a government source has indicated that Johnson will not accept the three-month extension because he understands that a further extension is wrong.

The conservative leader, who has reiterated that he would rather be dead in a ditch’ than delay the date of the brexit, did not sign the letter, and pointed out that it was Parliament, not his government, that was asking for the extension.

Will there therefore be early elections?

This is what Johnson has threatened, in the event of defeat on his calendar, he would put the Brexit law on the back burner to try to promote the calling of early elections to unblock the institutional crisis.

After MPs on Tuesday rejected the tight three-day timetable for urgent processing of the dense brexit legislation, Johnson acknowledged that he must now wait to find out what the EU leaders’ position is: whether they approve the extension, and for how long.

The President of the European Council, Donald Tusk, already advanced on Tuesday that he will “recommend” to the Twenty-seven that they “accept the request of extension of the United Kingdom”, after what happened in the House of Commons.

If an orderly Brexit were finally approved, the United Kingdom would leave the bloc, but, for practical purposes, everything would remain the same, because the country would remain for a time within the single market (with the freedom of movement that this entails) and the customs union. But without a voice or vote. At the moment, the transition period is fixed until December 2020, with the possibility of extending for one or two years. But the honourable Members could try to extend it indefinitely until a future trade agreement with the bloc is concluded. The EU-Canada treaty negotiations took seven years. Brexit would therefore remain for a while.