IMONT LEGAL SERVICES at the 5th National Congress of Tourist Apartments and Housing held on March 12th in Benidorm. Without a doubt an enriching experience from the hand of Aptur, the Association of Tourist Apartments of Benidorm and with D. Manuel Sotillos, its president, host and architect of the meeting.

To emphasize the presentation of D. Federico Varona on “Taxation in vacation housing”. Information and advice essential for the management of tourist housing which is in great demand and for which IMONT LEGAL SERVICES is responsible for providing legal and fiscal advice.

Thanks to the masterful presentation of Mr. Federico Varona, we were able to study in depth the different case studies on the intermediation of tourist apartments and their taxation.

Points to be highlighted in the presentation:

Special attention should be paid to the 1st occupation license issued by the City Councils.

– If the tourist apartment is considered a dwelling, a VAT of 10% will be applied to the delivery.

– If the tourist apartment is NOT considered a dwelling, VAT of 21% will be applied to the delivery.

VAT on the rental of tourist apartments:

As an introduction, it was specified in which cases hotel services are considered provided and which are not, clarifying in this case Mr. Federico Varona that in order to consider hotel services provided, the sheets had to be changed and the apartment cleaned at least once a week, without the cleaning of the apartment at the entry and exit of the tenants being considered hotel services.

Schematically, the application of VAT would be

IF HOTEL SERVICES ARE PROVIDED: 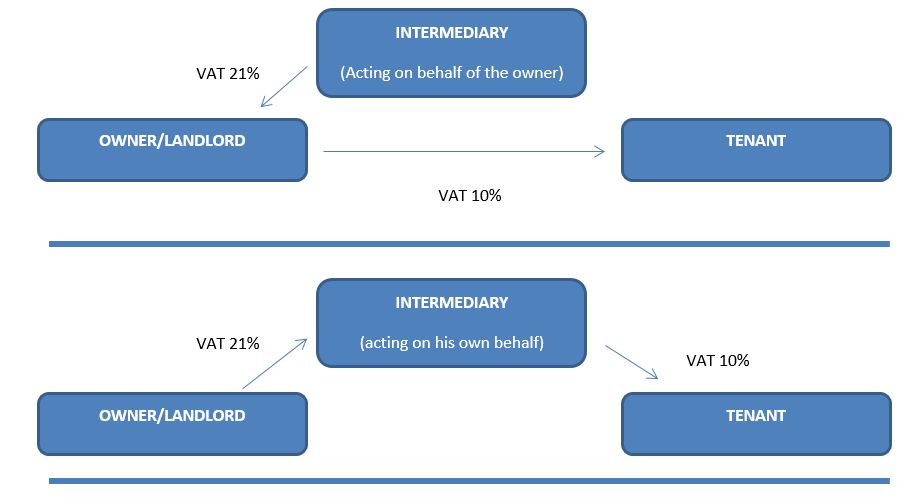 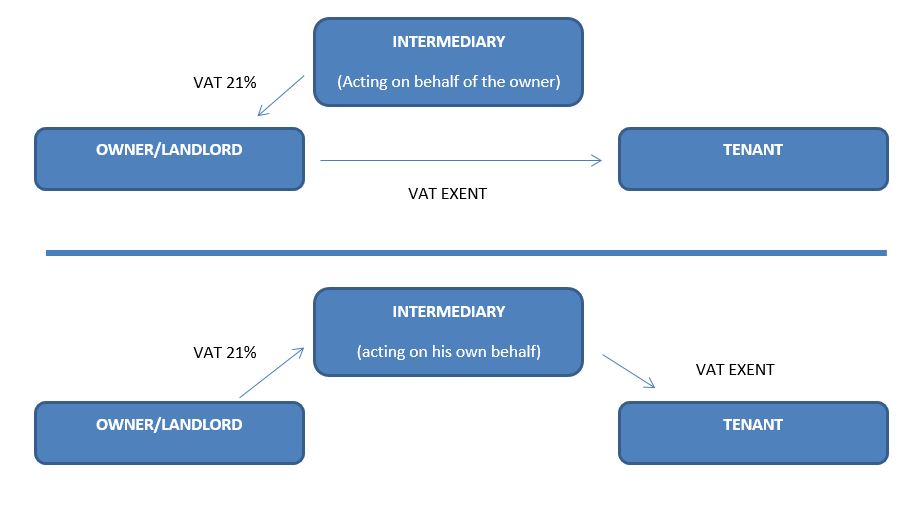 The conference focused on the distinction between residents and non-residents.

Residents: Resident individuals can pay income tax on economic activity, for which they must prove they have a full-time employee to manage the leases, or else they will be taxed on income from movable capital.

Non-residents: They will be taxed quarterly using form 210, applying a tax rate of 19% on net profit (citizens of the European Union or the European Economic Area) or 24% on gross income in the rest of the cases.

Finally, the information model 179 on the communication to the Tax Agency of the income obtained by the lessors was dealt with, with Mr. Federico Varona resolving the doubts on who was responsible for its presentation and the information to be provided. As explained, the responsibility for filing form 179 corresponds to the intermediary platform or, in its absence, to the intermediary, and the total amount received by the lessor without discounting the costs of the intermediary services must be reported.

This concluded the presentation by Mr. Federico Varona, whom we congratulate as it represents an important added value for us in training and public speaking.