The Board of Directors of the General Community of Hacienda Riquelme Golf Resort has taken a big step in the history of this resort by opting for a system of self-administration as of 19th November 2020, with which they aim to provide a better service to the owners and significant cost savings that will benefit all the owners.

Hacienda Riquelme Golf Resort is a resort built by Polaris World in the town of Sucina, Murcia, twenty minutes from the sea, and located in a privileged enclave which, due to the height of the terrain, allows access from many points of the same to spectacular views over the Mar Menor and La Manga. It is one of the most important resorts in the region of Murcia, which has, within an enclosed area, 78 apartment buildings with names of such peculiar herbs as azalea, ginger, juniper, rosemary, marjoram, tarragon, coriander… some of them difficult to pronounce for their mostly British owners. The urbanisation also has 24-hour security, extensive sports facilities, supermarket, social club and above all an 18-hole golf course designed by Nick Klaus and considered to be one of the best in the Mar Menor area.

Since the completion of the construction of this resort by the Polaris World group in 2008, the General Community of Hacienda Riquelme, and the 78 sub-communities that comprise it, have been administered by an external property administrator, however, as of 19th November 2020 the General Community has opted for a system of self-administration, in which it is the president of the General Community and the presidents of each of the sub-communities, who choose to join this system, who will exercise the role of secretary-administrator, with the support of a team of three people who have been hired by the community and who have several years of experience working for the Resort, and with the tax and legal advice of Imont Legal Services SL. located in San Javier, Murcia.

Imont Legal Services, which already has many clients in the Resort, whom represented in the purchase of their property and who have a tax representation contract for the presentation of their non-resident taxes (INR), wishes the Hacienda Riquelme Community the best of luck in this new self-administration project and is looking forward to this new collaboration, putting its qualified staff, made up of two chartered property administrators, four lawyers, three tax and labour experts, and five sales and purchase managers at the service of all the owners of Hacienda Riquelme. 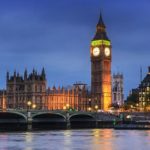 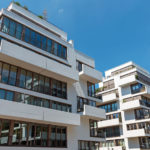 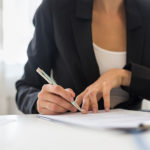 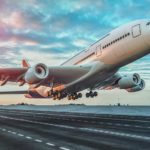 Golden Visa: The great benefits of the visa for inverstors
15/04/2022mhernandez 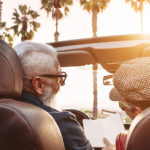 What types of VISA provide legal residence in Spain after Brexit?
10/04/2022mhernandez
Need Help? Chat with us
Start a Conversation
Hi! Click one of our member below to chat on Whatsapp
The team typically replies in a few minutes.
Please accept our privacy policy first to start a conversation.