Why the Valencian Government’s right of first refusal and withdrawal?

A good law firm should be aware of the particularities of the Valencian Government’s right of first refusal and pre-emption right. Specifically, these will particularly affect the real estate market in the Valencian Community.

Such rights were recognised by Decree Law 6/2020, of 5 June, of the Consell. The main reason for the approval of this regulation was the housing crisis caused by the Covid-19 pandemic. Faced with this health emergency, it was essential to expand the public housing stock.

Tax specialists in real estate law should be familiar with this regulation, as it has a decisive influence on the real estate market in one of the main areas of activity in our country.

It means that the Valencian Government has preferential acquisition rights over real estate in this Autonomous Community, one of the most active in Spain in terms of real estate. Law firms such as Imont Legal Services are experts in this type of problem.

On the other hand, the right of first refusal and pre-emptive right in favour of the Generalitat Valenciana is subject to very specific deadlines and cases of action, determined by the Decree Law.

The deadline for the Valencian Administration to exercise its pre-emptive acquisition rights is 60 calendar days. More specifically:

Which dwellings are subject to the Valencian Government’s right of first refusal and pre-emptive rights?

The dwellings that are most commonly subject to these preferential acquisition rights of the Valencian Government in the territory of this Autonomous Community are:

In addition, these dwellings must be located in an Area of Housing Need (ANHA) or its catchment areas. What is an ANHA? These are geographical areas where access to housing is more difficult. This may be for social and economic reasons (more deprived areas or where there is a greater risk of social exclusion), demographic, geographic, climatic or public health reasons.

The Real Estate Lawyer and the Generalitat Valenciana’s right of first refusal and pre-emption.

Lawyers specialising in Real Estate Law, such as those at Imont Legal Services, have an in-depth knowledge of these issues and can advise the client on them.

The right of first refusal in favour of the Generalitat Valenciana is something that must be taken seriously into account when purchasing properties in this Autonomous Community, which is so active and important in the sector.

Previous PostPersonal Income Tax (IRPF – Residents) or Non-Residents Income Tax (IRNR): Which one should I submit?Next PostTax forms for SMEs and the self-employed
0Shares 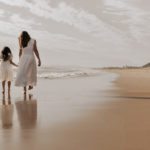