A few weeks after its entry into force, the Organic Law 10/2022 “solo sí es sí” from the Ministry of Equality (Ministerio de Igualdad), has proved to be a historic mistake with a very serious consequence. This is none other than the lack of protection for women in the face of such a serious crime as sexual aggression.

The General Council of the Judiciary (Consejo General del Poder Judicial), the supreme judges administration, had already warned in its report on this law, in February 2002, of the risk that it would provoke „an effect of disprotection of the victims, since for the perpetrator of the crime it will have no greater consequences to use a more harmful means of commission than another of lesser intensity“.

This is so because the “solo sí es sí” Law focuses on consent and no longer distinguishes between crimes of sexual assault, committed with violence, which had a higher penalty, and crimes of sexual abuse, which did not include violence, and whose penalties were lower.

With the new law, there is no longer such a distinction: abuse disappears, everything is assault. This has allowed all offenders, whether or not they have acted with violence, to benefit from lower minimum sentences.

And this application of lower minimum sentences not only affects sex offenders who are now being tried, but also sex offenders who have already been convicted by a final judgement can also benefit from them. Article 2 of the Criminal Code establishes that criminal laws that favour the offender, such as the “solo sí es sí” law, will be applied retroactively, even if a final sentence has been passed and the offender is serving a prison sentence when it comes into force. This allows lawyers to request this reduction of sentences for their clients and forces judges to adjust some of the sentences against those accused of sexual crimes.

In just a few weeks after the law came into force, there have already been up to 10 petitions for review of sentences presented to the Provincial Court, and two of the petitions have even resulted in the release of the convicted persons.

One of them is the media case of a teacher from San Sebastián de los Reyes, who had been sentenced to six years and nine months for a crime of sexual abuse of several students to whom he offered money and drugs in exchange for sex. This teacher has been able to benefit from the new law, in which this type of sexual conduct involving people over the age of 16 and under the age of 18, and which is apparently consensual, is no longer a crime. And, therefore, by eliminating the crime of sexual abuse, the teacher has been able to get out of prison by limiting his sentence to only 15 months in prison for child pornography.

But it is not the only case. A man convicted of raping a friend who had slept at his home had been sentenced to six years‘ imprisonment, the minimum sentence. Under the new law, that sentence has been reduced to four years.

There are at least three sentences under review and one significant case such as that of a court in Barcelona which, before the law came into force, explained that it would impose a lesser sentence because otherwise it would have to review it at a later date.

The government, aware of the mistake, has proposed to study the rulings and revise the law, but the damage has already been done. Those particularly vulnerable groups that were intended to be protected have been left unprotected: women and children.  And the hard part is that the damage may be irreparable because tougher legislation will never be able to harm rapists who have benefited from the reduction of sentences under the current “solo sí es sí” law. In other words, those convicted of sexual crimes who request a review of final sentences and those who obtain a sentence under this law, and before the changes to the law come into force, will still be able to benefit.

However, the State Prosecutor General’s Office (Fiscalía General del Estado) has not made any pronouncements nor has it issued a circular with the parameters that prosecutors should use to support or not support sentencing requests. According to what has happened so far, the criteria of the Prosecutor General’s Office is to accept those sentence reductions that could no longer be imposed according to the new law, as well as those in which it is indicated that the legal minimum is imposed and that this minimum has been lowered.

Start-ups Law: the life of digital nomads in Spain 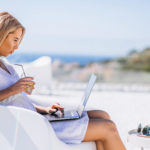 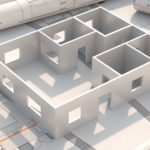 House eviction and the importance of the formal notice
24/10/2022ralameda
Brauchen Sie Hilfe? Chatten Sie mit uns
Start a Conversation
Hi! Click one of our member below to chat on Whatsapp
The team typically replies in a few minutes.
Please accept our privacy policy first to start a conversation.